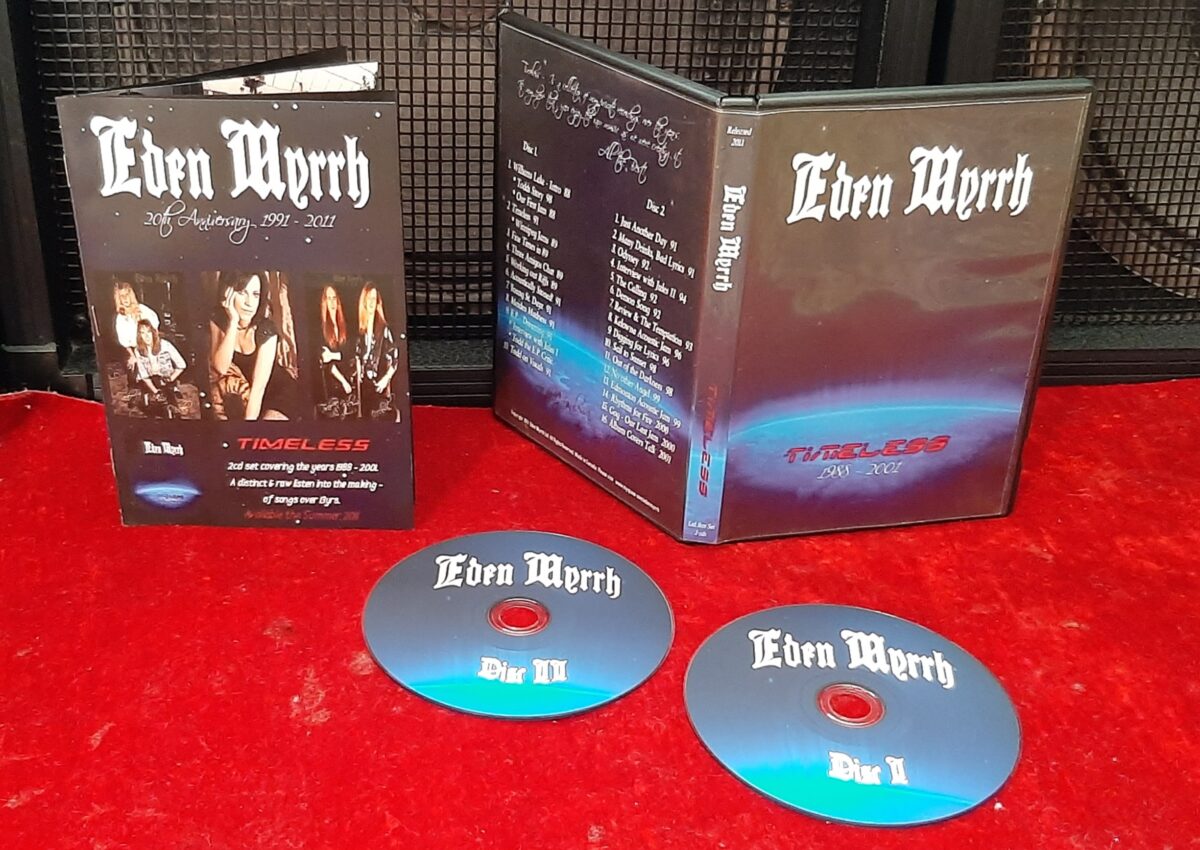 On August 13th, TIMELESS was released 11yrs ago. The reviews from our friends/family since its release were incouraging. I was surprised when I had noticed most of the copies were being shipped overseas. A few hit South America. When I look back, I feel proud of taking the time to make it. There are still some copies. Go to the Order link in menu.

Well, what can I say. I’m really feeling glad, accomplished, and excited today. Its been a long, hard road since 2002. I’ve wished that the music & this set could have been released 3-4yrs ago. Now looking back, it just wasn’t the right time. Too many things needed to be cleared-up personally. So here we are today. So many things lining up in a positive light. Its a feeling hard to describe. All I know is that its going to stay that way. Heres a rundown on the meaning of ‘Timeless’.

Todd & myself put the audio together in 2000. At the time we made 2 copies of double cassette masters. The idea was to release ‘Timeless’ as a rare (Behind the music for decade) cd for collector fans. Most people buy the studio music, however devout fans sometimes want that little more. We had decided that only 100 copies would be made. In 2002, we were starting to work on a web-site (assisted by my cuz) to help promote the band and recordings. Start searching out new members etc. Then as you know on Feb 9th – 2002 Todd passed away. So everything got put away and remained on hold. I wanted some closure.

In 2008 I went & transferred the masters to cd. With too much still going on in my personal life , thats where it ended. Then in Jan 2011, with it being our 20th Anniversary. I went through 3cds and condensed them into 2. The original masters were alittle choppy. It just now flows more. Also it contains 3 more tracks not on the orginals. It includes our last jam in Nov of 2000. As well a conversation about Album covers in Oct 2001. The audio was cleaned-up alot. Then it was time for the artwork. That was something else. lol. Remember, I only know so much when it comes to computers. I knew what I wanted in my mind. Getting it right on the screen was something else. I re-did this 3 fucking times! lol. Finally I got it right. Man, what a brain-drain. At least now, I’m happy. I look at it and want to change nothing.

So to conclude. As fans & friends I really hope you enjoy what we put together. You’ll have some good laughs. Also on another note. The 4cd set coming out called Lost Anthology. It will have B-Sides not on ‘Timeless’ and will be added to each cd according to their particular era. So this cd set & the studio music will truely be a set to their own.

Cheers to you all. Thanks for the support.